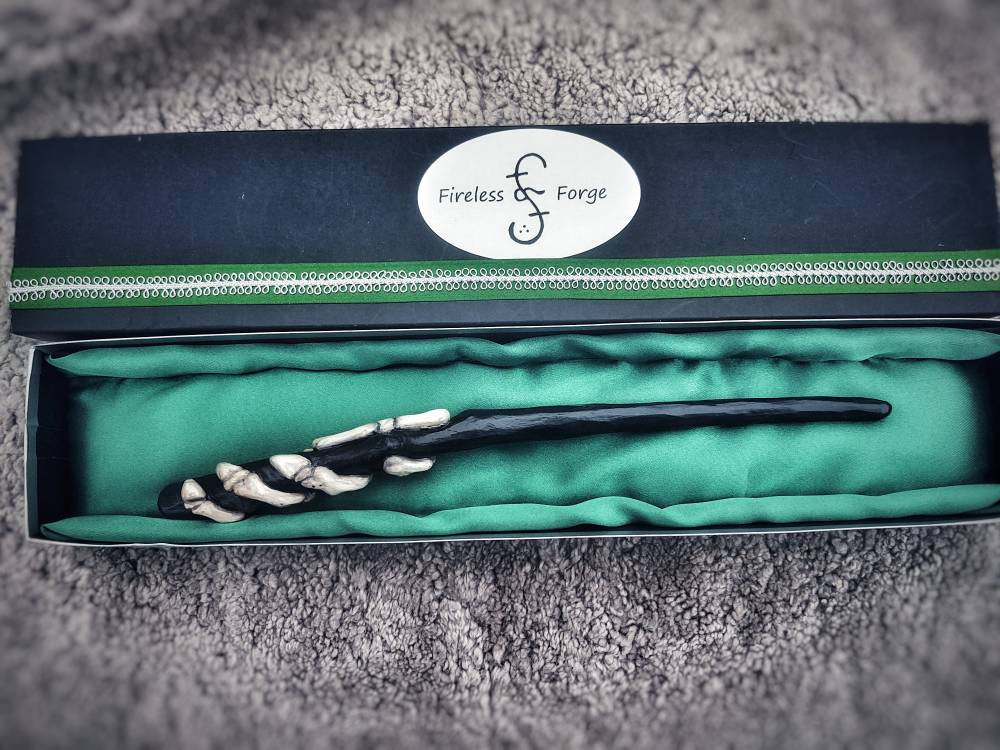 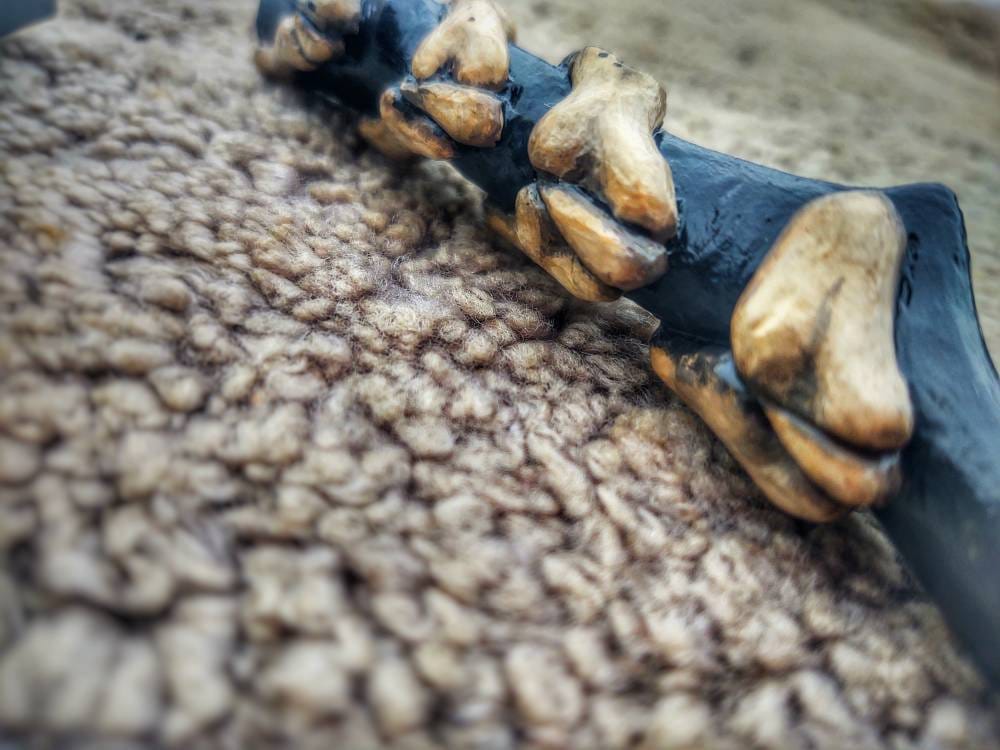 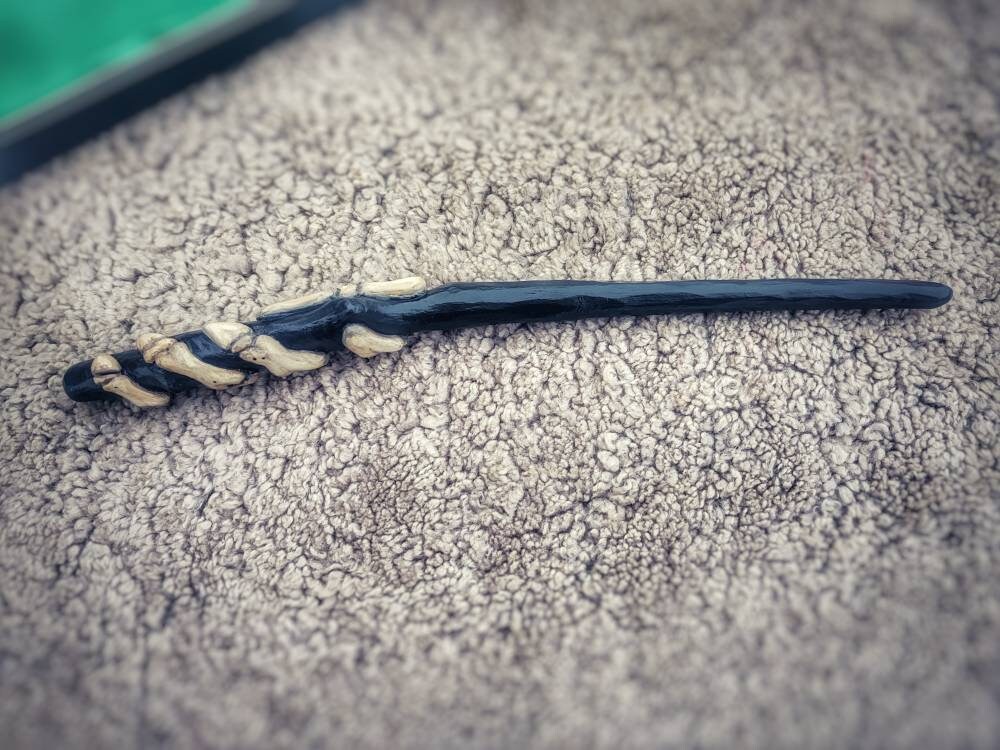 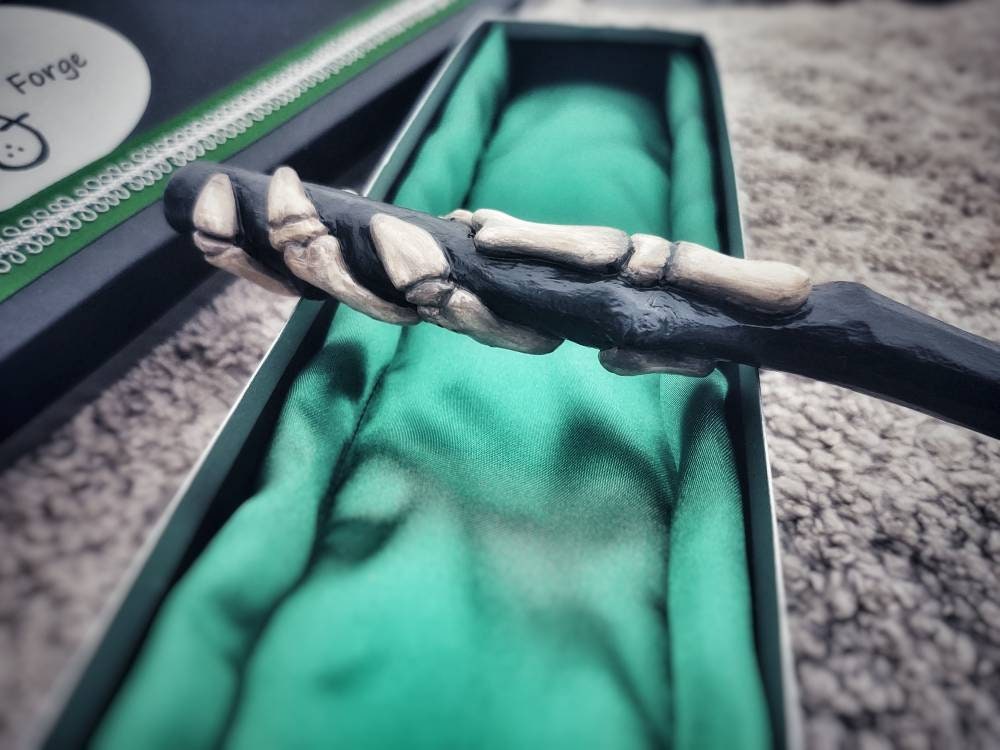 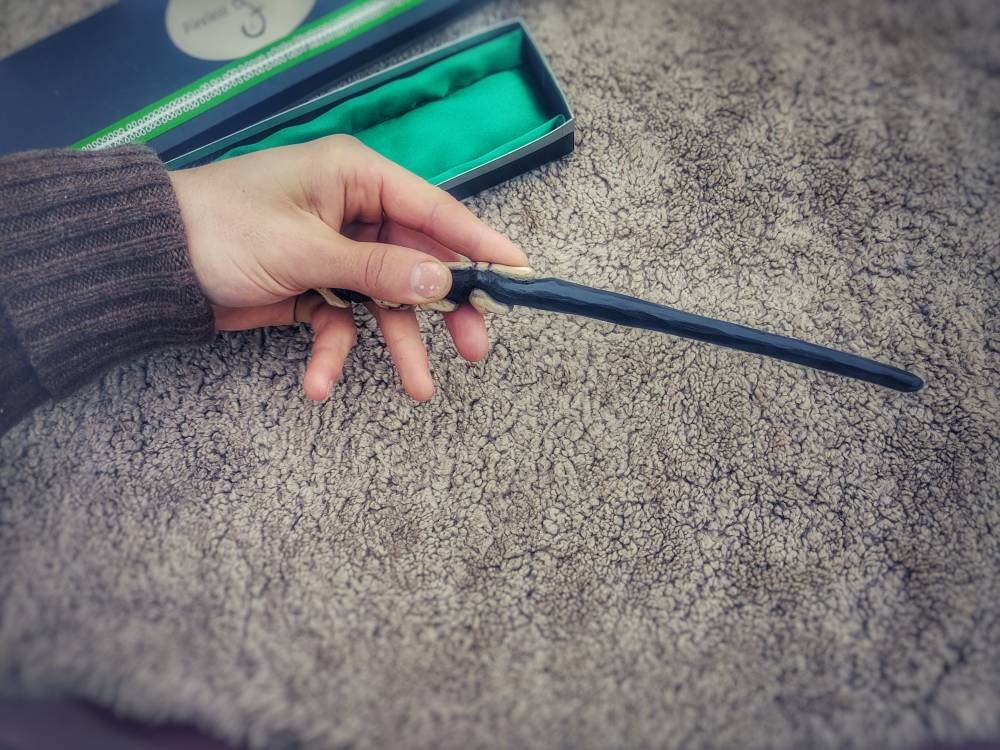 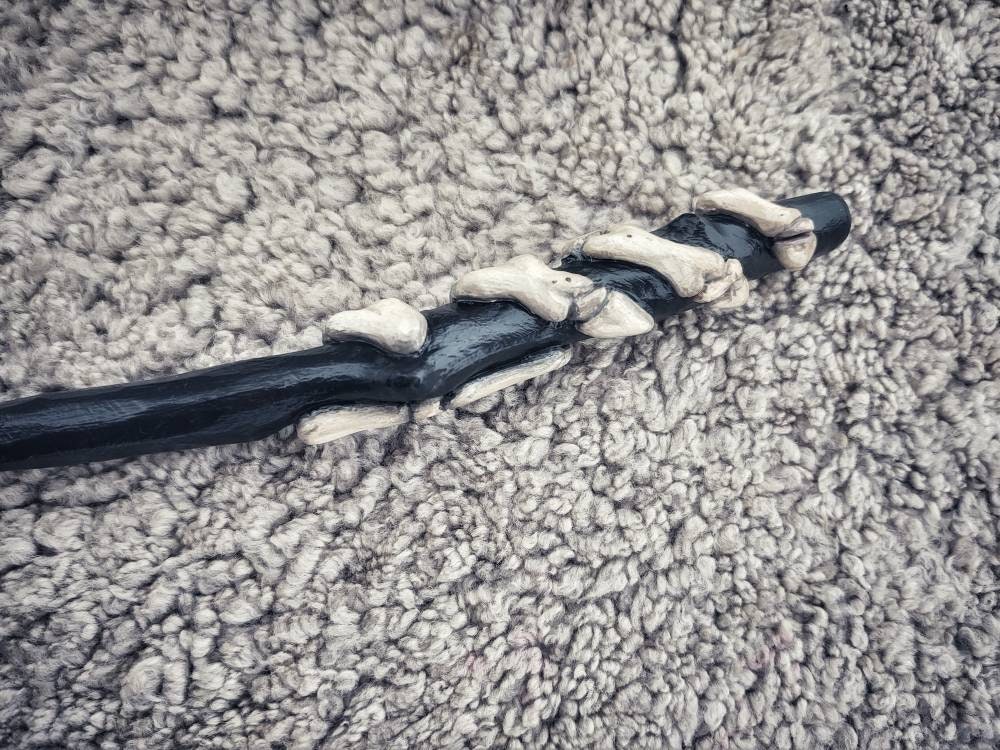 In the dark forest of old Hungary, while hunting black unicorn tail hairs for a rather prestigious wand I was commissioned to create, I found my inspiration for this wand.

I was stalking the game trails with my cloak wrapped around my shoulders to stave off a cold mist, and my wand held high to provide a beam of light over the tracks of a particularly robust male unicorn I was following. I had found evidence of his chewing on a gorse bush several yards back. The sap was still fresh as it oozed from the tree's wound, and I was able to confirm from the bite marks that he was a strong youth of perhaps eighty seven years. A child in the perspective of a unicorn, and his horn would be just beginning to emerge from the center of his head. At this time in their lives, unicorns are very potent, and I was excited to try and snatch a couple of tail hairs from this fine specimen, and escape before he trampled me beneath those powerful hooves.

I lifted my wand higher to see where the trail continued, winding between the Hungarian pine trees, heavy with an early morning fog. Something glittered in my wand light, half hidden in the soil. I bent, and brushing away the debris of eons, and found a skeletal hand emerging from the soil, it's finger's glittering gold. Black Unicorns are especially partial to gold, and I always keep some in my pouch in case things should go badly, and I should need a bribe to distract them. But this gold lay untouched in the unicorn's path.

I brushed away more needles, until the skull, and shoulders were exposed. He lay in the soil, his bones cracked and yellowed by time. Moss grew across his brow and jaw, like a green beard on his boney chin. To my astonishment, his naked finger bones still clutched the wand which had been his lifelong partner and servant. Wrapped tight around the shaft of a wand, black as coal, and somehow left untouched by the elements. his grip was such, that I knew I could not rest it from his dead fingers, even if I had a mind to. Which I did not.

I stood there for a moment, wondering who the man was in his life, and what ill omens had brought him to his death in these woods of all places. I had to admire his strength, clutching to his wand even to the last.

I recovered him after a time, and slipped back into the mist, worried the trail may have gone cold. Yet my mind was roiling with the mystery of the dead wizard, he never gave up his wand, not even in death.


Disclaimer:
*Please understand that all Fireless Forge wands are made from real wood and while they are sturdy, if they are mishandled they can crack, splinter and/or break. Even though every wand is coated in sealant to keep the color true, it is possible for the paint to crack or peel if left exposed to earthly physical elements such as, but not limited to, sun, rain and/or pets.Please note holiday shipping deadlines for Canada, UK, and US
Canada; December 21st.
UK; December 17th
US; December 15th.
These dates reflect the latest packages can ship out to arrive on Christmas day. Thank you!

I'll do my best to meet these shipping estimates, but can't guarantee them. Actual delivery time will depend on the shipping method you choose.

I gladly accept returns and exchanges

Ship items back to me within: 30 days of delivery

But please contact me if you have any problems with your order.

The following items can't be returned or exchanged

Because of the nature of these items, unless they arrive damaged or defective, I can't accept returns for:

Oakheartstudios does not expose your personal information to any third parties, excluding the US postal service in the case of your shipping address. Please note, by providing your email at purchase, or by contacting us via email, you are giving oakheartstudios the right to include your email in any customer email lists through which we can keep you up to date on our latest products, sales, and blog posts through our News letter. If you wish to opt out you may do so at any time.

0 items in your cart